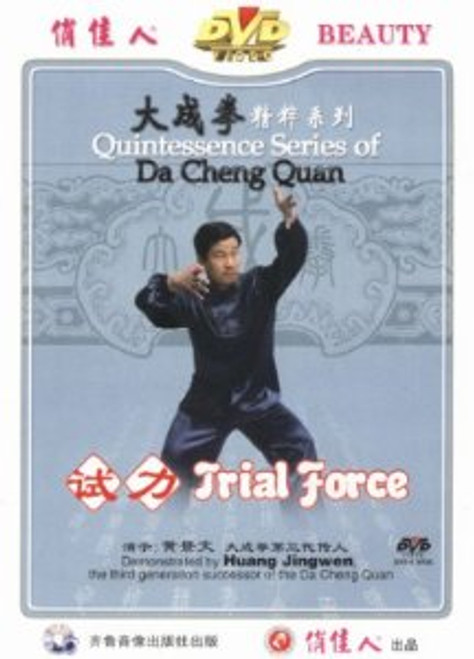 Trial Force - Da Cheng Quan : Trail Force is the dynamic extension of Piling Exercise and the trial of Releasing Force. Its essence is to arouse the force gathered from Piling Exercise by the resistance of air and to release it out the body. The movements are slow, but dynamic. The force of the movements is like drawn silk, which remains unbroken all along. There's full of feeling of resistance in the movements, which seem to possess both the mountain-like static state of Piling Exercise and the nature and smoothness of Releasing Force. Trial Force is the basis of Vivacious Dance, and the Vivacious Dance is its improvisation. The movements of Trial Force differ from ordinary slow movements. Trail Force is an important skill in Da Cheng Quan.