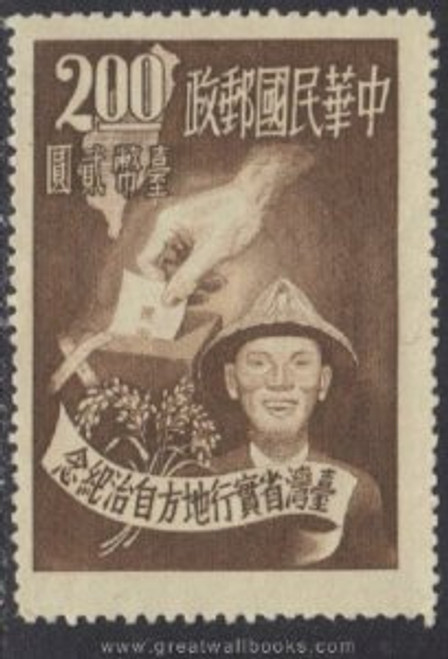 Taiwan Stamps : 1951 Sc 1040 Allegory of Election - MNH, F- VF (Free Shipping by Great Wall Bookstore) : In the spring of the year 1950, the Executive Yuan promulgated the "Regulations Governing Self-Government of the Counties and Municipalities in Taiwan Province" to become effective in April of the same year. County and municipal councils were duly organized in all the counties and municipalities, and all local authorities ranking from magistrates and mayors down toward chiefs were elected by the people. To commemorate this movement , the Postal Administration issued a set of stamps with a design showing a farmer casting a vote, with a bundle of rice stalks in his hands. In a panel beneath the neck of the farmer are the characters"???????????"(to commemorate the enforcement of local