A World in Art: Masterworks from the Last Five Centuries of Traditional Chinese Paintings - (WC5W) 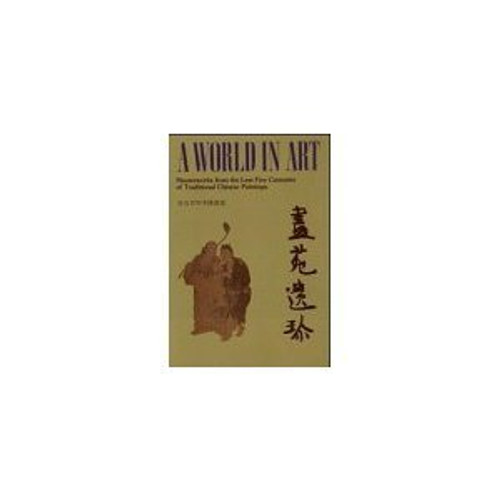 A World in Art: Masterworks from the Last Five Centuries of Traditional Chinese Paintings - (WC5W)

A World in Art: Masterworks from the Last Five Centuries of Traditional Chinese Paintings : Traditional Chinese painting has a long history and a style all its own. In recent years, a number of albums presenting masterpiece of traditional Chinese painting have been published. The paintings included in these albums are mostly to be found in the collectors of great museums. Many others, however, are in private hands and are therefore lost to written records and the society at large. To realize the late president of the Central Academy of Fine Arts Xu Beihong's dream of carrying on the tradition of Chinese culture, Ding Jingwen, the first principal of the Academy's affiliated secondary fine arts school has for decades spared no effort in collecting paintings and calligraphies of various dynasties from private hands for teaching purpose. For inclusion in this album, 101 paintings have been selected from the school's collection and well-known artists and connoisseurs like Qi Gong, Peng Xiezi, Zhou Huaimin, Liu Jiu'an, Oin Linyun, Yang Xin, and Wang Dashan asked to appraise the works. Thanks are due to Yang Xin, deputy director of the Palace Museum, for writing the 'Introduction' to the album and for supervising the editing work. Their effort had made it possible for the publication of some of the masterpiece that have fallen into oblivion for years. Selected in this album are mostly hanging scrolls. Besides, there are a few album leaves and fans. Of these, 18 date back to the Ming Dynasty, 62 to the Oing Dynasty, and 21 to the modern period. To a certain extent, they cover most of the important art schools, painters and paintings of various styles over a span of five centuries. There is a brief introduction to each painting, including a brief biography of the artist, a concise analysis of the employed for the execution of the particular work, and the inscription and seals affixed to the painting.

A History of Chinese Painting - (WC6F)

A World of Fine Restaurants in Beijing - (WC0P)

A Selected Collection of the Doctrine of the Mean - (WF26)